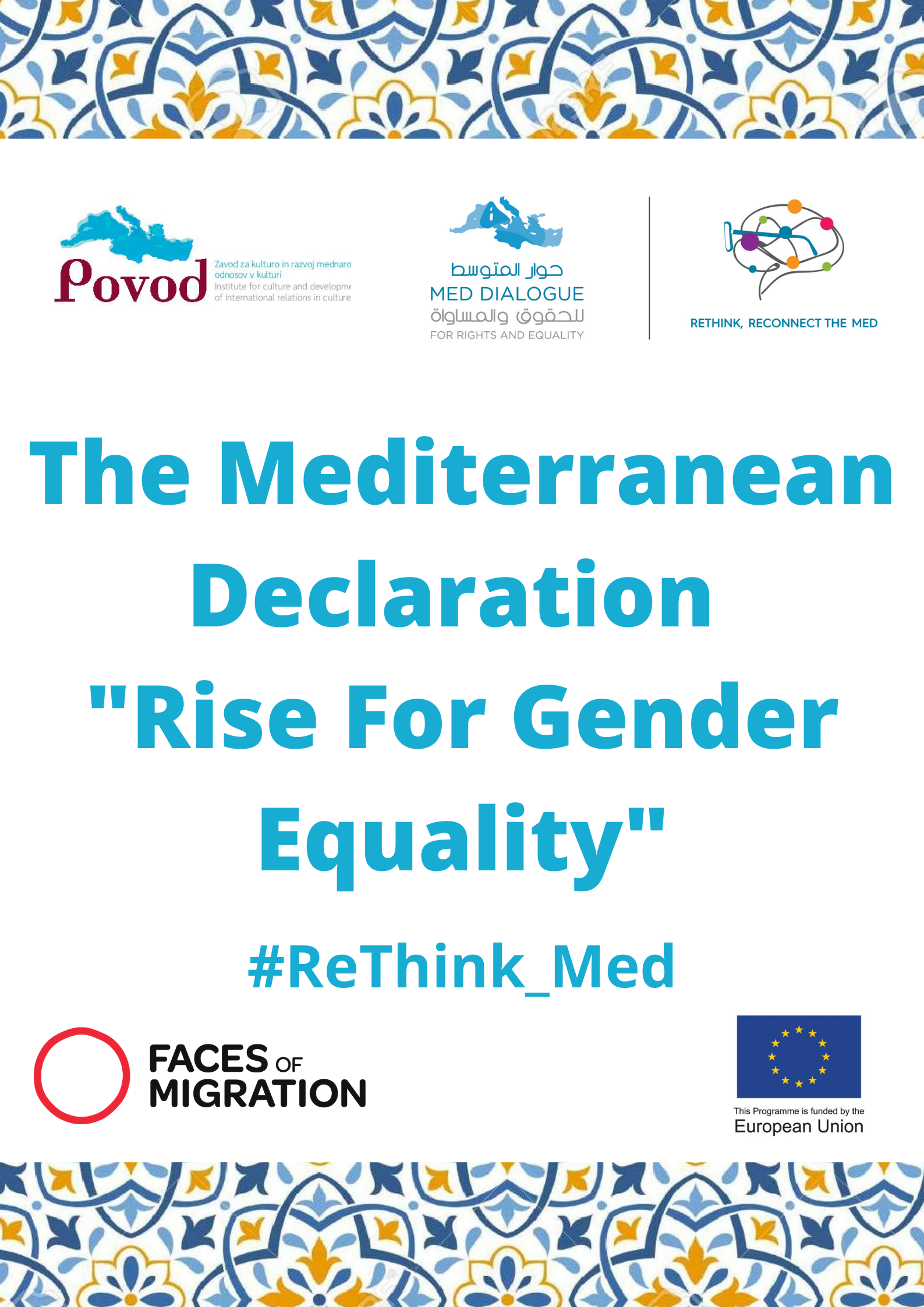 The “Rise for Gender Equality” action consisted of workshops followed by an online campaign; this action was developed, designed, and facilitated by Med dialogue leader Samar Zughool (Jordan, Slovenia; She, her; They, their), an experiential trainer and performing artist at the Povod institute for culture and development of international relations in culture.

This action took place from 15th to 31rst of March 2022 in Ljubljana and online; it advocated for critical thinking through arts and its based techniques to “Rise For Gender Equality” and Human Rights out of gender profiling and beyond borders in the Mediterranean region; it is part of the common action “#Rethink_Med” by the Med dialogue for Rights and Equality.