How to strengthen Slovenian foreign policy as an advocate for peace and sustainable development in palestine? 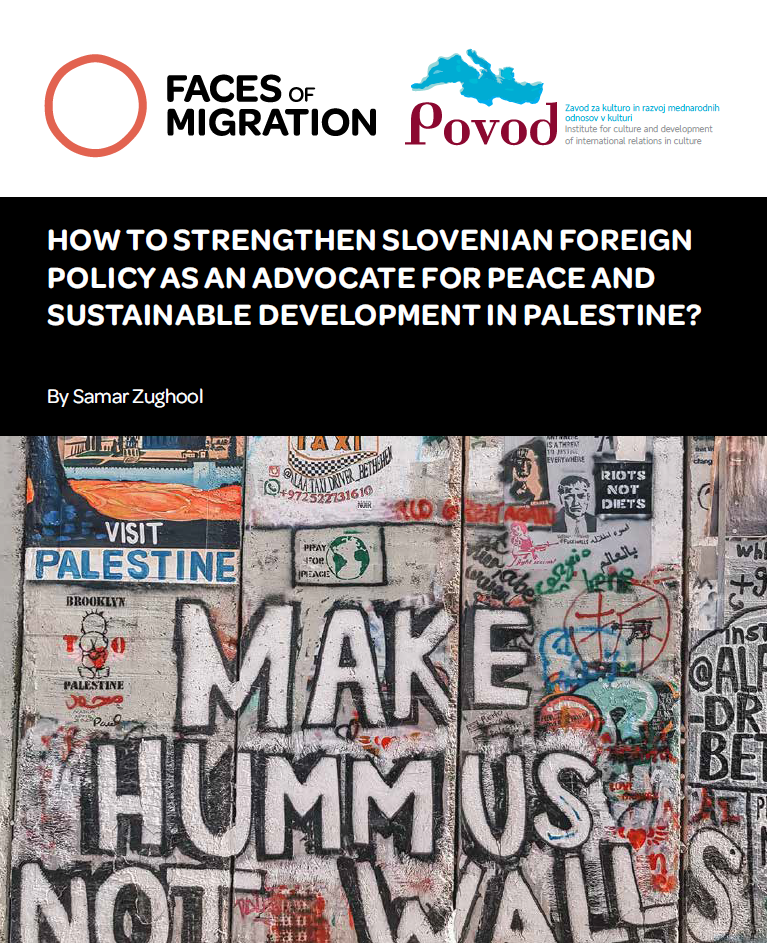 War, occupation, and conflict are hindering factors of peace, sustainable development, and regular
migration. As of 2019, more than 5.6 million Palestinians were registered with UNRWA as refugees; in 2021,
the United Nations reported that more than 52,000 Palestinians were displaced by Israeli airstrikes that had
destroyed or badly damaged nearly 450 buildings in the Gaza Strip, and Amnesty International demanded
a war crimes investigation. Moreover, during the Covid-19 crisis, people living in war and conflicts suffered
the most, like the case of the Palestinian people living in the occupied territories of Palestine. Slovenia
previously announced its will to recognize the state of Palestine, and its support for the Palestinian right
to self-determination; a stance that dramatically shifted with the change of the Slovenian government
in 2020. The hesitancy of the international community to recognize the state of Palestine and the rights
of Palestinians is a contributing factor to war and conflict; further, there should be a move from agreeing
on the concept of recognizing the Palestinian state to concrete recognition and agreement of its borders.
The absence of international recognition of the Palestinian state hinders the participation of the so-called
“developing countries” in the institutions of global governance, which is an essential target for achieving
justice, peace, and strong institutions.
Therefore, in this policy brief, we address the Slovenian foreign policy toward the Palestinian struggle; we
identify two streams from 2018 to 2019 and after the government change in 2020 to April 2022. Based
on these two scenarios, we give recommendations on how the Slovenian foreign policy can contribute
to peace rather than the escalation of militarization, oppression and the occupation in the Palestinian
occupied territories and Gaza Strip.

How-to-strengthen-Slovenian-foreign-policy-as-an-advocate-for-peace-and-sustainable-development-in-Palestine-IIDownload
We use cookies to ensure that we give you the best experience on our website. If you continue to use this site we will assume that you are happy with it.Ok