Exoticization in the Decolonial Discourse 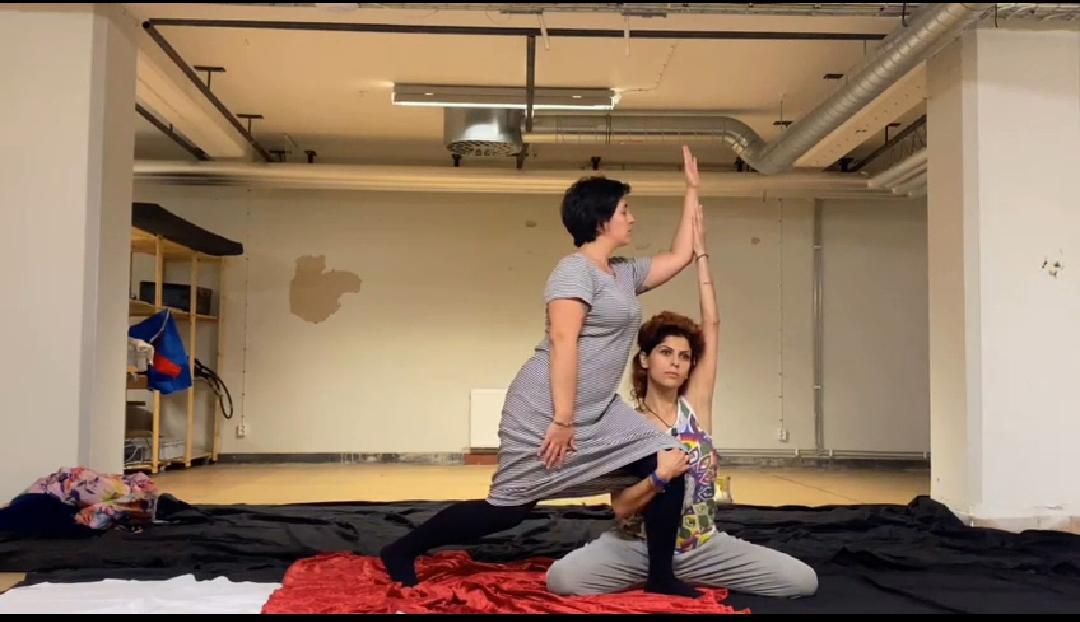 As a performing artist and community art director, I often come across the concept of identity, which triggers me personally and professionally. Therefore, in this article, I investigate these triggers from a starting point of what is the “West.” Is there a Western identity? Then I will go further to explore the underlying factors behind the narratives of “we will save them from us” and “we will learn from them to upgrade us.”  Why do I feel triggered by people identifying as the West and wanting to save the rest of the world from themselves? What are the triggers for identifying the “other” as a learning subject or material?

I have trouble identifying myself with any regional or national identity as I sincerely feel that the concepts of “Nation-States” and “State-Nations” are both tools and products of colonization based on Orientalism, Occidentalism, and otherness. This binary narrative of geographical locations comes along with embodied perceptions of enforced Gender Binarism and our struggle as people subjected to this form of continuous profiling. Yet, in the decolonial discourse, it is necessary to tackle regions, nationalities, and national-based identities. If we want to approach decoloniality, we must acknowledge privileges to state factors of agents, as simple as the decoloniality of whom and what, from whom, and what?

Identifying based on privileges and lack thereof is essential for the decolonial discourse. Yet, I am strongly critical of how this identification has been implemented so far based on the reproduction of binarism, exoticization, patronization, and otherness—starting from the illusionary idea that the West is a social or cultural identity rather than a political-conceptual tool created and used by an imperialist ideology to colonize the exotic other; As we identify the West or East, we shall also address the concept of whiteness, and how the racialization of West vs. East identities is practiced; yet in this article, I will be focused on the socio-political and cultural contexts rather than the racialized narratives.

As I strive to combat hierarchal structures, I find myself in situations where people discuss how they shall learn from indigenous people or from the so profiled as the “East” or the “Global South,” which I often perceive as exoticization, separating “we” from “them” and patronizing “them” as a subject of study, as same as a compliment being a form of violent communication. Cherishing someone creates a form of judgment; even if it is a positive judgment, it is still negative; because when you compliment a group of people as being brilliant or a subject to learn from, then you are blocking the channels of creating genuine human-to-human relationships; I feel that this otherness is just a form of exoticization as a continuation of coloniality rather than taking actions to step into decoloniality.

I do not neglect the fact that the concept of “Identity” is a form of resistance that can be used in different uncountable ways and forms. In my personal experience as a person who is a holder of Jordanian citizenship, I acknowledge that the Hashemite Kingdom of Jordan was created as a result of British coloniality; I acknowledge that I am a citizen of a neo-Colony of the United States of America; this acknowledgment is a necessity to recognize the power dynamics, the intersectional forms of inequalities and internalized oppression that are produced by it.  Yet, at the same time, I want to avoid the trap of Occidentalism as a reaction to Orientalism.

In other words, I refuse the existence of the “West” as a social or cultural identity, and I instead acknowledge it as an illusionary concept that was created to mislead our humanity from the lens of “divide to conquer” on the one hand and from the principle of exoticization as a form of dehumanization on another.

The continuation of building and accumulating the deception of West vs. East in the decolonial discourse also hijacks the grassroots efforts of activists in the so-profiled as non-Western world. Hijacking the modernization process as part of an industrialized revolution enriches the illusionary paradox of the West vs. East and North vs. South while providing apologies for selective Feminism with the cover of being “Culturally Sensitive.” Unfortunately, cultural sensitivity and decolonial discourses have normalized harmful cultural practices rather than acknowledging them, facing them, and changing them.

Mona Eltahawy referred in her book “Headscarves and Hymens” to the guilt and shame that women face as destroyers of their community’s reputation whenever they decide to speak against the oppression they face in social and religious ideologies they grew up in. I add to this the hostile environment which sometimes is produced in the decolonial discourse where some people who identify themselves as leftists and Western use cultural sensitivity and the paradox of West and East as an excuse not to advocate for women and LGBT+ rights of people who are not geographically living in the so-identified as the West.

I think that we shall remind ourselves of common struggles where the concept of citizenship was initially awarded only to men and to people who owned property when women in France did not have the right to vote as when women in Saudi Arabia did not have a right to drive a car; when homosexuality was criminalized under the British administration in Jordan to the ongoing sexual repression and the gender Apartheid regime in Iran; There is no West vs. East but the fluidity of contradictions and a need to open spaces for unheard voices to lead instead of studying “them” and exoticize “them” as a subject of study, to appropriate and to learn from.

Women gained their suffrage in 1944 in France; imagine if we had a United Nations Human Rights Council and its presidency was given to the French government before 1944, and we, as artists and activists, wanted to remain neutral with an excuse of “Cultural Sensitivity.” Erdogan’s government also used this West vs. East paradox when it withdrew from the Istanbul Convention, calling it a “Western” agenda while the women and LGBTQIA+ rights activists in Turkey are paying the price of this illusionary clash of civilization. This illusion of enforced binarism was promoted in Huntington’s “Clash of Civilizations” book as an advocate for imperialism. In the end, I am not sorry for disappointing you that I am not exotic or westernized, as the west, in terms of social-cultural contexts, does not exist.

About the author of this Article:

I am Samar Zughool. I manage international cultural, sustainable living, and arts programs through Povod Institute in Slovenia. I am co-founder of the SIDE group, migrant women cooking and cleaning politics, cultures, and arts. I am a performing artist and have a big passion as a community art director for implementing performing arts as tools to decolonize social communication.

If you want to get in touch with me please reach out via email: samar@povod.si